The Rippingtons – Music From A Small Room

Video Interview with The Rippingtons

Chris Rea: On the Beach (cover) 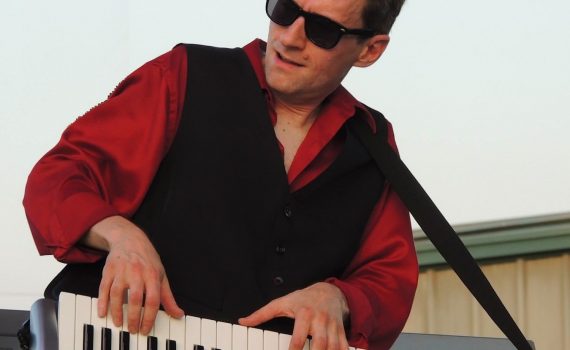 Smooth Group of the month May 2018 : CHRIS GEITH

Keyboardist Chris Geith is no stranger in the field of contemporary jazz having performed with several well known jazz artists like Peter White, Warren Hill, Steve Oliver and Vincent Ingala to name a few. His music has been among the most streamed / downloaded on the first generation MP3.com website with a whopping 1,400,000 + downloads. The distinct, recognizable sound of his songs has also attracted hundreds of thousands of listeners to his Youtube channel which now has over 12,000 subscribers.

Chris has been building a strong online presence on social media including a substantial following on Facebook where his “Facebook fan page” has now over 37,000 “likes”.
Chris has played at numerous jazz festivals and jazz series including the Veneto Jazz Festival in Italy, the Seabreeze Jazz Festival, FL, Earl Klugh’s “Weekend of Jazz”, Jazz in the Woods, KS, the Summer Jazz Festival in the Bahamas, the Vienna Jazz Festival, WV, the Balcones Heights Jazz Festival, TX, the Wolf Creek Amphitheater Jazz Festival, GA and many more.
Mr. Geith has also appeared live on C-NBC, and in many world famous venues including the Apollo Theatre, Birdland, the Four Seasons, the Waldorf in New York City, Fenway Park and Scullers Jazz club in Boston, the Shubert Theatre, the Lyman Center for the Performing Arts, the Palace Theatre, the Foxwoods Resort Casino, the Mohegan Sun Casino, Toad’s Place in Connecticut, Trumpets in New Jersey and many more.
His albums “Island Of A Thousand Dreams” and “Timeless World” have been top 10 best selling Smooth Jazz albums for months on CDBaby (One of the largest independent music stores online).  Some of his radio singles have entered in the Billboard Contemporary Jazz Top 30 charts.

The latest album “Well Tempered Love” features special guest hit maker sax player Vincent Ingala on a few cuts. The result is a highly polished contemporary jazz album that blends jazz, funk, pop, rock, latin and even classical into songs that highlight everything from driving grooves to lush orchestral arrangements.
Geith’s music has been heard extensively on hundreds of radio stations worldwide, also on the “Weather Channel”, “Music Choice” cable, satellite radio, and on a number of different national TV shows including VH1 – Behind The Music, Inside Fame, PBS – Hometime, Discovery Health – Berman & Berman For Women Only, Speed Channel – Autoline Detroit, My Classic Car, Animal Planet – That’s My Baby, Super Station – Famous Homes & Hideaways.
Some of his music licensing deals have been with “Universal Music” in the USA and “Top2 Music” in Singapore.
Growing up in Italy, Chris Geith began playing piano at the age of six in Milan, where he graduated from the conservatory of music with a degree in music theory. He was later given an opportunity to study at the “Manhattan School of Music” in New York City where he graduated with a masters degree and “advance standing” for his musical skills.

Click on the links below to read articles and charts