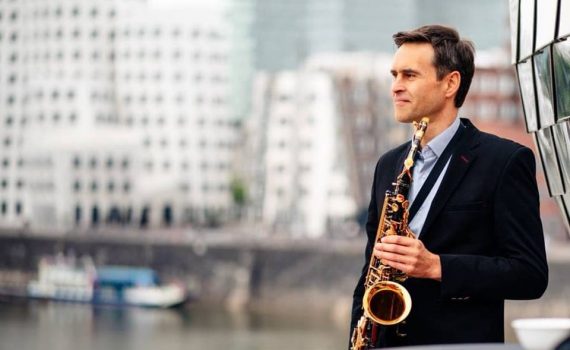 Though he released two well received albums (Downtown, Led by You), the multi-talented Ukraine-born artist found himself restless limiting himself to a singular identifiable sound. He began thinking more expansively, figuring out ways to combine his skills on sax, guitar and piano with his ample composing and producing talents. His passion for the powerhouse, multi-faceted productions of Brian Culbertson and Paul Hardcastle sparked an interest in exploring new approaches to recording. Moving from Holland to a small town outside Dusseldorf, Germany in 2009, he began building a home studio – which has over the past decade been the creative launching pad for four extraordinary series of smooth/urban jazz, chillout and electronica based recordings.

Receiving great initial exposure from the popular YouTube Channel Smooth Jazz Loft, Konstantin has masterminded and released collections under various clever monikers. He describes his Kool & Klean series, started in 2010 and currently with six releases (Vols. 1-6), as “melodic and romantic, very much inspired by the sounds I was hearing from Culbertson and Hardcastle.” Under his own name, Klashtorni has released, since 2011, Smooth Jazz I-IV, which features more of his saxophone sound. His SmoothPack series, started in 2012 and currently at three volumes, features less sax and more piano and guitar. Finally, his Groove Jazz N Chill series, started in 2011 under the name Chillaxing Jazz KolleKtion, features lower tempos and more chillout and electronica textures than mainstream smooth jazz. Konstantin is currently releasing the #6 volume in this series, highlighted by the first radio single (and his first genuine U.S. radio promotion since his second solo album), “Dearest.”

“When I was coming up in the Ukraine in the 80’s, I heard about famous musicians abroad who had studios in their homes, and I realized it was the ultimate dream to have a dedicated space to produce your work,” Konstantin says. “Years later, I got to the point in my life where I felt like I could bring more to the world than playing the saxophone, and building my home studio allowed me to experiment with groove and melody to blend all of my influences into a unique rhythmic flow. I am producing music constantly, combining sounds and building fresh libraries of sounds and grooves for my songs. I have played some small local gigs in Germany, but I’m basically a studio guy now. I believe smooth jazz and its related music is more accessible than any other genre, with an ability to get to your heart and soul directly.”

While excited about promoting his music in the States on a larger scale like never before, Konstantin – thanks to YouTube and social media – is a beloved artist all over the world whose fans range from teenagers to seniors who regularly tell him that his music opened them to different worlds in their lives. “I’m excited about sharing my music more in America,” he says, “because smooth jazz is a musical language so many people in the U.S. can relate to. I think there’s a reason why my Chillaxing Jazz KolleKtion is my most popular. It’s got a certain mellowness that people need more and more in this ever-changing world to become calmer and less aggressive. My goal is always to make the world a better and more peaceful place, with more people laughing and chilling out with music.”

The latest collection (#6) in Konstantin’s Groove Jazz N Chill Series, recorded under the moniker Chillaxing Jazz KolleKtion, feels like a soothing immersion into a musical mineral bath – a truly relaxing yet still sensual and romantic jaunt into the chill side of smooth urban jazz. The focal single is the soulful, seductive “Dearest,” which begins with trippy sound effects (including a soothing, glistening water element) as part of a dreamy atmosphere. Then the groove kicks in, and we’re on our way to a magical three and a half minute world of chillaxation, aiming our positive thoughts high on the wings of a dreamy trumpet melody over the hypnotic melodic flow. Konstantin artfully weaves in other melodic instruments like a whimsical soaring flute and a bright acoustic guitar, for a multi-dimensional experience. That track is an open door to a dynamic experience that finds Konstantin varying his lead melodic voices. The journey includes the cool, swirling duality of guitar and sax on the shimmer of “A New Day,” the passionate and soulful, sax driven “All The Way,” the trippy light funk/soaring atmosphere duality of “An Evening’s Tale” and a trip to “Far Above The Moon,” where acoustic guitar and alto sax dance over a shuffling groove. Another highlight which shines a light on Konstantin’s overall sense of romance is “Love at Midnight,” which finds late night magic in the alternate embrace of a powerful sax melody and crisp guitar. 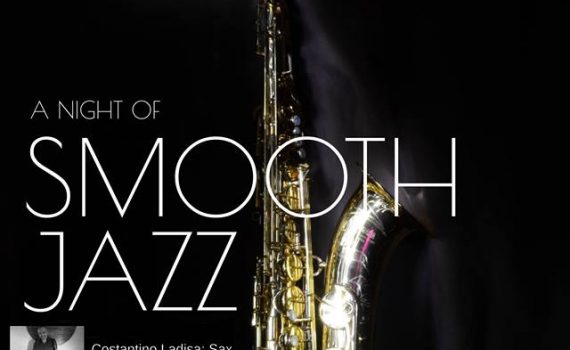